skip to main | skip to sidebar

Getting back to Normal :)

I am behind!! I've been so tired lately, making a baby is hard work! and I feel like I sleep all the time. But I know this tired phase will pass soon :)

Sooo.. I took the intelligender test!!!! It was weird, and the container got really really hot after I swirled me pee around. I dont think your suppose to hold it up to the light, but of course I did, in order to get the desired results I wanted of course!
So here is pic
A. 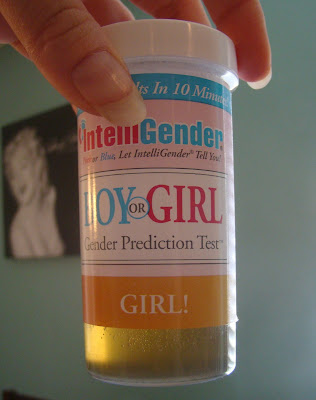 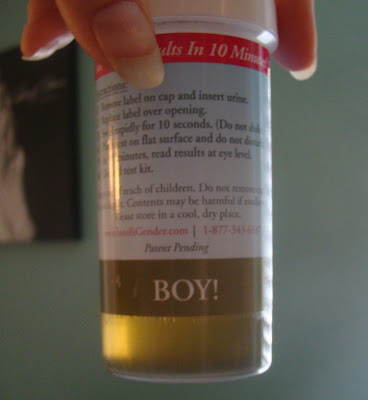 and here is while sitting on the counter at eye level :) 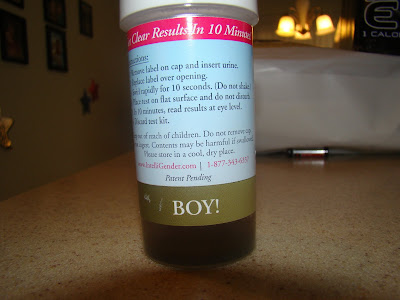 So we can all see that it clearly says BOY!
which I know I want a girl, but the other day when Riley was running around the house, yelling "Im a superhero! I'll save you mommy!" I thought, you know another little superhero around the house wouldnt be so bad after all :)
But the catch is... on the box it states! VERY CLEARLY 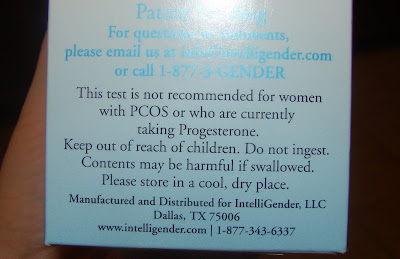 Which I have PCOS, inside in the directions it states Not recommended because women with PCOS will likly get a false boy readings. So I guess that still gives me hope! :) But it was interesting to take.
I found my little sir in my bathroom a few days ago, asked him what he was doing and he yelled back, "just putting on my makeup" I thought ok, then.. what?? of course I ran in yelling "child what are you doing!" but he did look pretty cute with the little blush brush and his rosey cheeks. 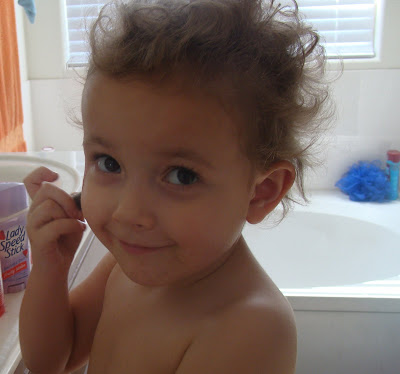 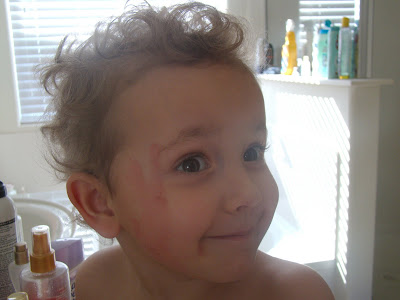 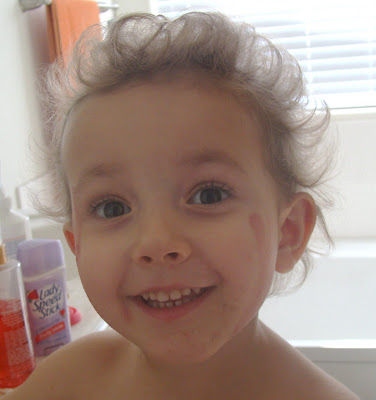 Saturday we wanted to do something fun! We were suppose to go to lunch with my aunt and cousins, but her first grandson was born that day! So we went to Peter Piper Pizza just us! :) It was nice, but holy moly there were tons of kids there! What was I thinking going on a saturday night! all the ski-ball machines were broken, and the parents just let there 2-4 year olds run wild with no tokens so they were all over all the games, and racing games without actually playing. so we didnt spend much time over there. Riley was sad when we left early, but we played candyland when we go home so that made it better! :)
Riley was trying to make an ugly/funny face 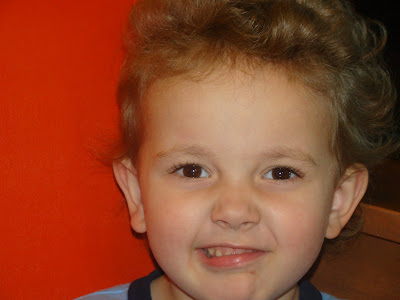 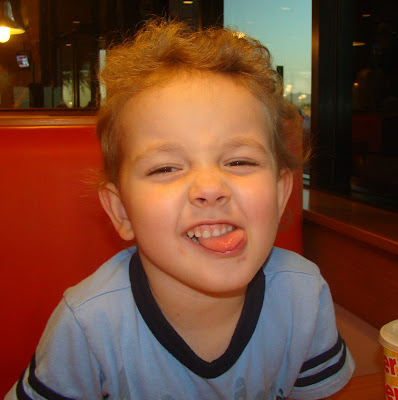 He wasnt doing is right, so Daddy had to show him how to make an ugly/funny face! and boy did he do a great job!! 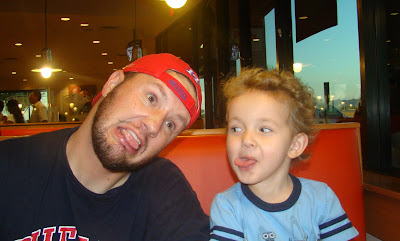 Then today, Paigey came home!!! It was so good to see her! and Dani and Noah! Noah is getting so big he is nearly walking already!! Im so proud of him! 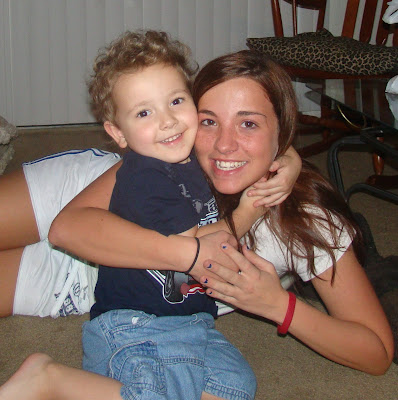 Noah is so cute!! :) He has the cutest little cowlick, it runs in the family :) 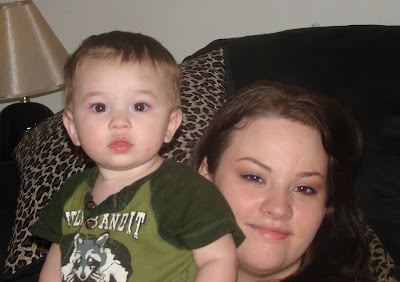 I know I look like crap in this picture! :) buts that ok, Im such a wuss I cry all the time when my sisters and I are together! :) I miss them so much. 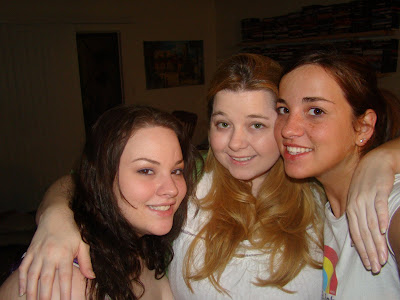 Adventure, thoughts and Ramblings from Casey at 1:07 AM

I will keep my fingers cross for a girl still, but another lil boy won't be bad! I am glad you got to see your sister :) 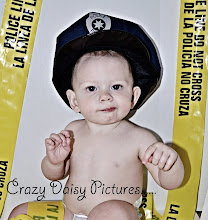 My photography site! Click the picture to check it out :) 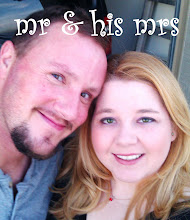 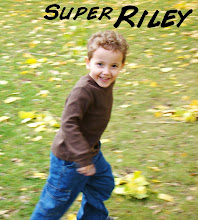 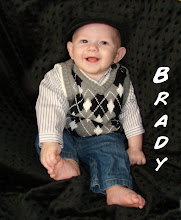 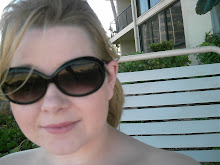 A story of a girl

Casey
San Tan Valley, AZ, United States
Hi :) I am 32, and have 2 beautiful boys, Riley is 5 Brady (Turtle) was a year in April!. A Kind and Caring Husband, Mike who is a great dad. I love movies, and singing in the kitchen. I love taking pictures, facebook, and digital scrapbooking and I rather enjoy retail therapy. There are so many things I want learn, and try..I'm very adventurous! but have little follow thru.. I was a 911 dispatcher for a Police Dept, but recently decided that being a SAHM would be a Great adventure!!.. or well it was just better for our schedules. I'm honest and fun loving, cheerful and I love to make people laugh :)

Sites I love to visit